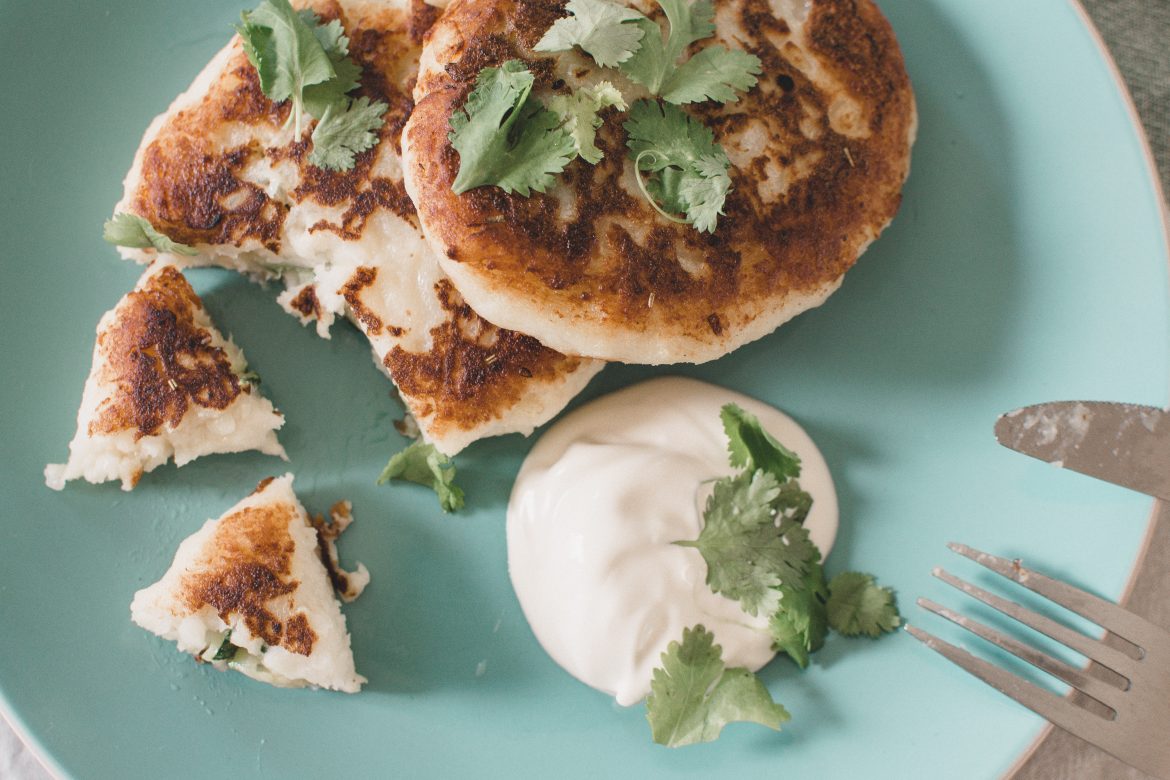 It’s almost unbelievable, but November just started and 2018 is coming to an end and Christmas is not far away. This year I will celebrate my second Christmas in summer far away from home. Last summer in New Zealand I was totally in Christmas mood in 2017. But this year there is just not a bit of a Christmas feeling inside of me. Maybe I have lost my sense of seasons after spending one and a half year in summer time only. 🙂

But yet I am looking really forward to Christmas this year as my brother will visit me in Australia and we will spend the holy night together at the beach while getting tanned by the Australian sun. Nevertheless I would love to create some festive mood at least when it comes to food. But it shouldn’t be to complicated, because our kitchen equipment in the campervan is quite functional and a too hearty meal would be unsuitable on those hot summer days. To still rely on some German food tradition, I was thinking about a kind of summer dumpling (or potato cake). Because dumplings are a must have on the Christmas table in Germany. I decided to prepare a lighter version fried in the pan, which makes it even more tasty. I hope, my brother will be even more happy about his visit with little delicacy.

Find my recipe below the pictures.

Greetings from #ojai ✨ this place is so magical!

So happy to be back. ✨ #losangeles #california